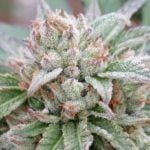 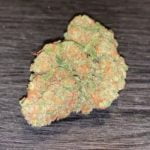 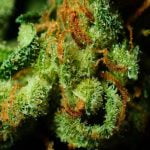 Marijuana comes in many colors and variations, from purple to white. One of the rarest is Orange 43, which is a hybrid of Orange and White Fire 43. It was made popular in Northern California and features a spicy, citrus flavor.

Its effects tend to be relaxing, calming, and even sedative in larger doses. The strain is often used as a sleep aid because it can cause couch-lock and sleepiness in just minutes after smoking it. Like most marijuana strains, Orange 43 has some medical benefits, such as relieving symptoms related to chronic stress, cramps, or muscle spasms.

The known side effects of smoking Orange 43 include dry mouth, dry eyes, paranoia, and dizziness. Those suffering from depression could experience increased anxiety when smoking this strain. The THC level of the strain usually ranges from 18 percent to 25 percent.

The flowering takes around 60 to 70 days, although the shorter time shoots up to 80 days. The strain could grow up to 6 feet under optimal situations. Due to its potency, it can often be harvested for at least 7 ounces at a time.

Like White Fire 43, however, this strain is not very easy to grow. It can thrive in an indoor environment but remains harder to maintain for beginners. It is also better for a location away from direct sunlight and other harsh elements.

Where to Buy Regular Orange 43 Seeds?

No supplier found for Orange 43 seeds.

Where to Buy Feminized Orange 43 Seeds?

Where to Buy Autoflowering Orange 43 Seeds?