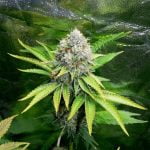 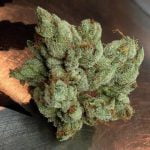 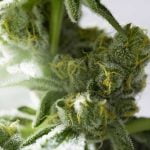 OG Kush is one of the most famous strains in California, with a history that stretches back to the early 90s. It’s been dubbed “The One” by locals for its strong all-day effects and uniquely piney flavor. Its parent strain is a cross between an old-school favorite from California’s Emerald Triangle and a Hindu Kush Indica from Amsterdam. This OG Kush strain is a hybrid of Chemdawg (a pure Sativa), SFV OG Kush, and Lemon Thai.

OG Kush was first developed in Florida by The Green Cure Seed Company, and later in the 1990s, the strain was further refined by Howard Marks of Oakland, California, who is better known as Mr. Nice. Its effect is primarily one of relaxation and sedation, a great strain to smoke before bed. OG Kush is also used to treat chronic pain and muscle spasms.

OG Kush is known for high THC content and strong euphoric effects. Its floral aroma is heavy on the pine side. Still, the taste will lean more towards spicy undertones with lemon citrus notes leaving a relaxed yet uplifted overall feeling in the body. Medically, OG Kush has proven to be a useful tool in treating depression, stress, and pain.

Its negative effects are known to include dry eyes, dry mouth, and increased appetite. Its THC levels are between 18 and 24%, with testing on the lower end of that spectrum. Growing requirements for OG Kush are very much the same as for its parent plants and can be grown both indoors (where it will reach heights of 6’-8’) or outdoors.

It takes 8 to 9 weeks for OG Kush to reach full maturity, and it is easily maintained, having few pests and requiring little in the way of special care. It is a good strain for beginners because of its easy growing requirements and its high yield of up to 700g/m2.

Its dense structure can make it difficult to grow, especially outdoors. However, a diligent grower can expect an above-average yield of dense buds when harvested at the end of September. This strain also has a tendency to produce thick crystals, which are visible on the flowers no matter how small they are.