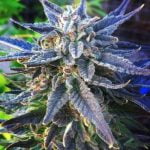 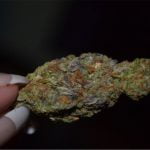 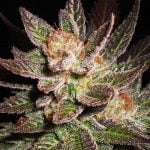 Medical marijuana patients using Lavender Strain Marijuana for nausea, pain, and anxiety find that this strain is ideal for morning use. Those who are suffering from HIV/AIDS or cancer use the strain to combat loss of appetite. The effects of this strain are described as relaxing, uplifting, and calming, which makes it a good choice for those suffering from stress or insomnia.

This strain is not recommended for new users as it may cause dry eyes or mouth, dizziness, and paranoia. However, the THC content of Lavender Strain Marijuana is approximately 17%, making it an intense strain that experienced medical marijuana patients should use.

Lavender Strain Marijuana is best grown indoors in a hydroponic system, although those growing outdoors might be lucky enough to harvest during mid-October. It can reach heights of up to 100cm indoors and produces thick buds with dark purple hues at the ends of its leaves. The buds are dense and covered with a thick layer of resin glands. Flowering usually takes between 9 and 11 weeks.

Where to Buy Regular Lavender Seeds?

No supplier found for Lavender seeds.

Where to Buy Feminized Lavender Seeds?

Where to Buy Autoflowering Lavender Seeds?