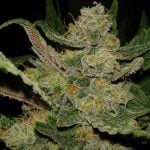 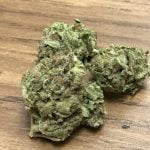 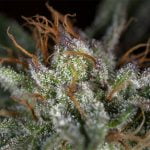 Over the course of a decade, Hindu Kush has become one of the most sought-after strains of marijuana in cultivation. Its parent, the Skunk, is often bred from Afghani hashish, although it may also come from other varieties of Hindu Kush.

Hindu Kush originates in the Hindu Kush mountains of Afghanistan and Pakistan, where it is harvested by local villagers in small amounts. It has been cultivated throughout these regions for centuries, primarily as a hashish resin, and has not been popular among U.S. cannabis consumers before the 1980s.

Originally called “Afghan Kush,” the strain was used as an ingredient for making hashish, which was often smoked in pipes and rolled into cigarettes (known as “English”). Cerebral effects are typically reported, including euphoria, a sense of well-being, and increased energy.

This strain is a favorite among medicinal marijuana patients seeking to use cannabis to treat chronic pain and nausea. Hindu Kush is also known to induce hunger, so be sure to have snacks on hand before smoking.

Heavy users may experience dry mouth and eyes, dizziness, and paranoia as the high wears off. This strain is pure indica and has a relatively low THC content of 18%. Indica lovers know that smoking HHK will induce deep sleep and relaxation without impairing mental clarity.

The sweet, earthy aroma often associated with this strain is reminiscent of sandalwood, which can help relieve pain in patients and those suffering from nausea or stress disorders.

The Hindu Kush marijuana plants produce buds that are coated with thick layers of frosty-looking crystals called trichomes. They smell like earthy-sweet sandalwood and have a cream-colored appearance that makes them easy to spot on the shelves at local dispensaries.

Flowering takes nine to fourteen weeks and tends to reach its peak after eleven or twelve weeks. The Hindu Kush strains are typically grown outdoors in the mountains, especially on slopes facing south to avoid the harsh winds of the Hindu Kush Mountains.