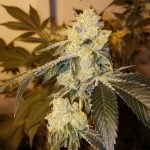 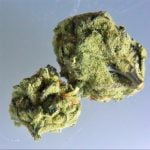 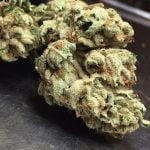 The Ghost OG strain, like so many strains found in the California region, is a hybrid. This means that it contains genes from both indica and Sativa plants. It crosses between two strong indica hybrids and the OG Kush strain, giving it a robust, powerful body effect. It is also known to have an overwhelming lemon flavor that is not too strong for most consumers. The taste of Ghost OG can be described as a cross between citrus and pine.

Although it has only been in circulation for a short time, this strain has already earned multiple awards from Cannabis Cup competitions and media outlets. You’ll feel very relaxed and happy when you consume this strain; it’s an effective mood enhancer that’s been used to treat symptoms of depression, insomnia, and anxiety.

Its adverse effects, however, are quite noticeable. You may feel tired, dizzy, and hazy after consuming this strain. Some users have reported experiencing paranoia and panic attacks after using the Ghost OG strain.

Its THC content is between 16-21% and averages between 18% and 20%. This strain is also known to have a high CBD content that ranges between 15-24%. You can expect to see a more compact plant than the average marijuana plant growing Ghost OG indoors. It is generally a good idea to grow this strain indoors because of its potent effects.

This is because it tends to be round and hard, which makes it difficult for plants to fight off diseases. Flowering takes between 9 and 11 weeks. The buds of the Ghost OG strain are small and light green in color. They produce a forest-like scent that combines pine with a citrusy tang. The bud itself is dense and covered in crystals, which should be trimmed away to maintain the quality of its taste.