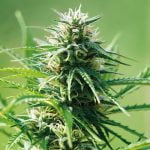 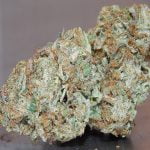 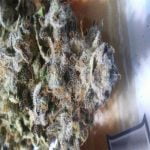 With the recent increase in media coverage and general curiosity about marijuana, it is no surprise that a variety of marijuana strains has been introduced to the market. One such strain is Sweet Tooth, which combines a Hawaiian Indica with Afghani Nepali Sativa to produce a potent and powerful buzz.

This indica strain originates in California and Dutch growers and is popular in both the USA and Europe. It is most popular in the north of the USA, where it grows vigorously.

One of the many benefits of this strain is that it can target different symptoms such as pain relief, depression and lack of appetite. This makes Sweet Tooth a very versatile strain, which has made it a popular choice among those using medical marijuana.

The uplifting smoke from this strain produces a cerebral high leading to strong euphoric effects and an uplifted, relaxed state. Some common side effects can include dry mouth and eyes as well as paranoia. This is a strain that can take away fatigue and stress from a hard day’s work.

This is a very potent strain at approximately 18-20% THC content, which means that users can get the effect they need without smoking too much of it. The high is long-lasting and powerful, hitting you almost instantly after the first toke. The smoke has an earthy taste with citrus undertones, which makes for a pleasurable smoke.

It can be grown indoors in any environment, but it is most popular in greenhouses and solariums. This strain is one of the easiest marijuana strains to grow as it benefits from the cold weather.

It grows very quickly, so it has been dubbed one of the top five instant strains. Flowering usually takes between 9 and 11 weeks, and growers generally harvest between 3 and 5 ounces per plant. This strain is straightforward to clone out when it is ready to harvest.