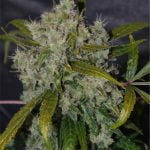 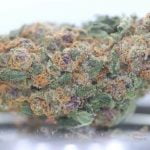 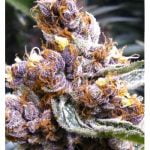 The Blueberry cannabis strain is a crystal-capped indica made by crossing Purple Thai with Thai. It originated in the mid-1970s, California, when American breeder DJ Short worked with various exotic landrace strains. It is one of the most heavily bred cannabis varieties, and new breeds result in some variation from “old school” Blueberry.

Blueberry has a natural, earthy smell with woody undertones and a sweet taste favored by connoisseurs. It’s widely considered an A-List cannabis strain awarded the High Times Cannabis Cup 2000 for best Indica. Its effect begins as soon as it is smoked and, depending on your interaction with the bud, can manifest itself in two distinct ways.

A classic Blueberry high functions as the effects of an indica strain: it relaxes muscles, sedates the brain and body by providing deep relaxation and even cannabis euphoria. The strain’s no-nonsense effects are ideal for relieving stress, pain, or depression. The negative effect includes a tendency to become paranoid, as well as a tendency toward sleepiness, though some users report that the strain always makes them sleepy.

The THC content of the strain ranges from about 17% to 21%, its CBD level is below 1%. Blueberry is always a pure Indica, never a Sativa. Growing this strain takes practice, as it is very difficult to obtain consistently. The Blueberry strain can be grown outdoors in soil or hydroponically, but it naturally prefers a sunny climate.

The Blueberry strain is not very well-known among casual users, and new breeders are not always able to produce a highly desirable product. To make this strain grow well, a lot of care and attention has to be given during the growing process. The Blueberry plant has a short flowering period lasting only 4 – 8 weeks. The buds that the plant products are very dense, covered in THC crystals, and very sticky.

Where to Buy Regular Blueberry Seeds?

Where to Buy Feminized Blueberry Seeds?

Where to Buy Autoflowering Blueberry Seeds?