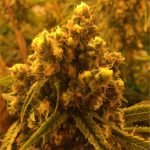 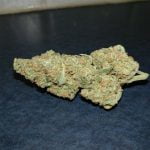 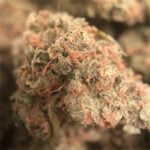 Watermelon has been described as having savory flavors and an earthy aroma reminiscent of grapes or berries and sweet floral notes. Marijuana enthusiasts often refer to this strain as a “creeper” since it can take up to 45 minutes for the effects of this indica dominant variety to be felt. However, once they are felt, they stay with you for a while, offering consumers a balanced and relaxing high that is non-paralyzing.

Its parent strain is unknown, but marijuana experts state that Watermelon has been bred and cultivated for a long time. This strain originated in California with a high THC concentration at around 21% but was bred to have a more potent high.

Watermelon is known for its ability to make users feel relaxed. This strain also has cerebral effects such as feelings of euphoria and happiness. In addition, it is a potent pain reliever and works well for treating migraines. It is also a good choice for people who suffer from anxiety, depression, insomnia, or chronic muscle spasms.

The adverse effects associated with this marijuana strain include dry mouth, red eyes, and paranoia. Watermelon can also make you feel dizzy and disoriented. Therefore, it is not a good choice for people who need to stay alert or prefer an uplifting high.

This strain can be found laced with sugar leaf. Watermelon is known for its fruity aroma that has an earthy scent to it as well. Growing this strain indoors is often preferred because it will finish faster, and you will get a more potent strain. If growing outdoors, flowering time can be as low as 45 days.

Where to Buy Regular Watermelon Seeds?

No supplier found for Watermelon seeds.

Where to Buy Feminized Watermelon Seeds?

Where to Buy Autoflowering Watermelon Seeds?