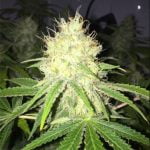 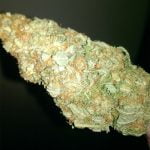 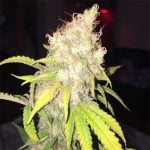 Wappa is a 60% Indica-dominant hybrid created by crossing the Northern Lights #5 with Nevil’s Wappa. The very genetics that makes Wappa so special are the reason it’s been rapidly adopted as one of the best strains on the market today. This strain originated in the Netherlands and quickly found its way to the United States and beyond.

This strain produces long-lasting effects which range from happy to uplifting, mentally stimulating, and its exquisite flavors bear fruity hints while remaining unique and rich with a complex combination of flavors. The strain is also known for its ability to awaken creativity in those who use it. Wappa is most popularly used by medical marijuana patients to treat chronic pain, depression, anxiety, migraines, and lack of appetite.

The known side effects of Wappa include dry mouth as well as paranoia. The strain can also cause headaches, dizziness, and red eyes upon consumption. The Wappa strain has a THC count of 10-20%, so it is recommended for those looking to avoid a psychoactive high.

Growing this strain is easy and yields large quantities of high-quality buds. The flowering time for this strain is average at around 12 weeks, while the yield will fall somewhere between 300-450 grams per square meter under the right conditions.

Wappa contains some of the most beautiful purple-colored hues that one can find in a strain. It’s hard to make a mistake when growing this strain, as many different light intensities and plant densities are recommended for maximum success. This strain is recommended to be grown indoors, although some growers have grown this strain outdoors in a greenhouse.

Where to Buy Regular Wappa Seeds?

No supplier found for Wappa seeds.

Where to Buy Feminized Wappa Seeds?

Where to Buy Autoflowering Wappa Seeds?