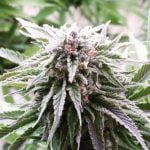 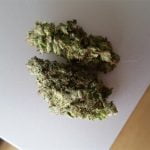 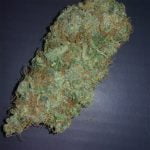 Shark Shock is an Indica-dominant cannabis strain that delivers impressive potency to an average grower. Shark Shock features its parent’s features White Widow’s amazing taste and Skunk #1’s stoney effects with different growth patterns. It was made popular in Amsterdam.

The effects of this strain include feelings of euphoria and a sense of happiness. The stress reliever properties of this strain have made it a popular choice for patients with anxiety disorders. Shark Shock delivers the greatest of relief to patients suffering from insomnia, stress, and depression.

The common side effects of this strain include feelings of paranoia and dizziness. By smoking Shark Shock, the consumer may experience anxiety, dizziness, depression, and restlessness. The THC content of this strain is around 17-20 percent.

Shark Shock is an extremely effective strain that can produce a large number of trichomes on its buds. Growing with this strain requires you to pay attention to your water supply during the first few weeks since it tends to be more thirsty than most other strains. The flowering time for Shark Shock is 8-9 weeks, which is a slightly shorter growth cycle than most other strains.

A fruity flavor, this plant is better grown indoors or outdoors in a light-polluted environment where there’s plenty of room to stretch out. Shark Shock has a short flowering phase that ends within three weeks, giving off dense buds with strong aromas.