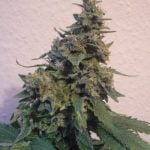 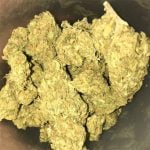 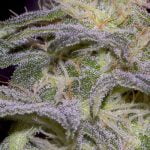 The Sensi Star strain is a popular Indica marijuana type that’s known for its potent indica effects. It originated in California from the Himalayas region in the 1970s but has flourished in Oregon and Washington. The strain’s taste and aroma tend to be earthy with hints of pine resin.

The effects include a full body feeling of relaxation that becomes sedated with flavourful bursts of uplifting euphoria. Sensi Star is usually used to relieve symptoms that include chronic pain, stress, nausea, anxiety, lack of appetite, and insomnia for medical patients.

Growers describe the coloration of this strain as dark green and purples. This particular plant can be grown indoors and outdoors, but indoor cultivation is preferred due to long veg periods. Sensi Star has a flowering time of about eight weeks and buds can grow as large as 3-5 ounces. The crystal-like trichomes on this plant make it sparkle in the light.