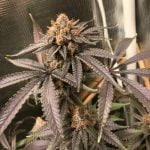 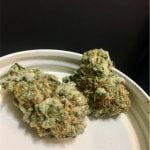 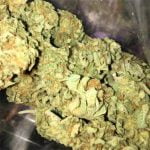 Platinum Bubba Kush, also known as “Platinum Bubba,” is an Indica-dominant marijuana strain made by crossing Bubba Kush with Platinum OG. This strain originated in California but has since spread worldwide. This strain might have a surprisingly sweet flavor with a little bit of kush spiciness lurking about in the aroma.

Medical marijuana patients can be recommended this strain for such ailments as chronic pain, anxiety; and is also good for treating insomnia due to its sleepy effects and can even help people with ADD or ADHD stay focused. Those suffering from muscle spasms will also benefit from this one because it relaxes muscles while being very uplifting at the same time.

The known side effects of Platinum Bubba Kush are dry mouth, dry eyes, and paranoia. The high from this strain comes on slowly, but it does last for a few hours. The THC levels of the Platinum Bubba Kush strain are really high at around 17% to 20% on average.

The flowering time usually takes between 7 and 9 weeks, but some growers have reported it flowering in as soon as 6 weeks and, in some rare cases, up to 12 weeks. The yield isn’t really that high, even if it does take a long time to flower, but the potency is definitely on point.

It can thrive indoors and outdoors, but it will require lots of attention to detail for you to have the best results. The plant is quite tall and tends to stretch out quite a bit during the flowering period. It can also be grown in greenhouses during cooler temperatures.