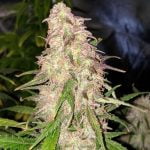 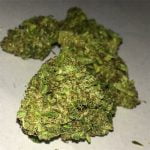 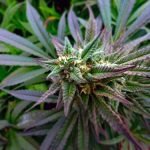 If you’re looking for a hybrid strain of marijuana that provides a mellow, giggly sensation, then you should try Lemon Drop. This is a fluffy bud with a pleasant lemon taste. It has parent strains of G13 and Lemon Skunk in their lineage. It was made popular in Colorado and is sometimes referred to as a “Skunk #1”.

Lemon Drop is a type of hybrid strain with a very uplifting and energizing effect on your mood. This strain tends to provide a more euphoric, focused experience, but some phenotypes produce a stronger body feeling that is relaxing yet not overwhelming. It’s often used to combat fatigue, stress, lack of appetite, or just an overall feeling of sluggishness.

The adverse effects of this strain can include dry mouth, dizziness, and headaches. It does not cause drowsiness, but it also won’t make you crash after using it either. The THC levels of this strain tend to range between 14-18%, meaning that the effects are mild and you won’t be couch-locked. This marijuana can be found in most dispensaries and recreational shops.

Growing this strain is easy as long as the growing environment is controlled. The Lemon Skunk genes help to strengthen the plant, making it a good choice for a beginner. It grows vigorously and should be given plenty of room to grow. It can be grown indoors or outdoors and will flower within 7-9 weeks.

The appearance of Lemon Drop stems is light green, with lots of long slender leaves. Overall it seems like a fluffy type of bud. The leaves look similar to Sour Diesel but just less dense and more airy. There are also some noticeable lemon-colored hairs, hence the name. Lemon Skunk has a slightly sweet smell and taste, but it’s mostly lemony with earthy undertones. There are sometimes woody overtones as well.