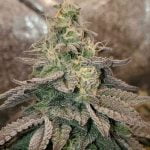 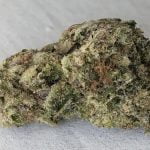 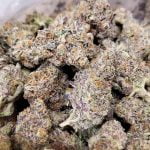 If you’re looking for a new taste in marijuana, Kush Mints is the strain for you. It has been said that this hybrid could be the next big thing among marijuana users because it seems to have all of the qualities of various strains. For example, Kush Mints has characteristics of both its parent strain: Animal Mint and Bubba Kush, both with their own unique use.

Kush Mints originated in the U.S. Kush region, where cannabis is grown hydroponically. The taste of this marijuana strain has an interesting combination of mint and cookies. Anyone who has smelled or tasted Animal Mints will recognize this unique flavor.

It has a complex flavor profile that tastes like mint and cookies, but what users don’t know is that they enjoy a potent medical marijuana strain, which is known to stimulate appetite in patients. Kush Mints is an excellent marijuana strain for use in treating chronic pain because it contains a large number of CBD acids. The CBD acids found in this hybrid reduce inflammation, which reduces pain and promotes healing.

The adverse effects of this strain include dry eyes and dry mouth. It is known to cause dizziness, especially when standing up too quickly. A large amount of THC found in Kush Mints is at 27%.

Flowering takes eight to ten weeks, and indoor growers should use LED or HID lighting. A temperature of 18-22°C is perfect for this strain, as this temperature will maintain the ideal flowering time. Growing this strain indoors can be challenging because the temperatures will need to be kept high while also moving between a cool atmosphere.

The best way to keep Kush Mints from turning sour is to use a hydroponic set-up, as this indoor style of growing won’t allow the stems and leafy material to turn brown. Outdoor planting is not recommended for Kush Mints because the stems and leaves will turn brown, which might be seen as a bad thing in a growing environment.