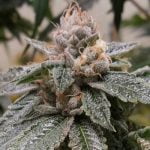 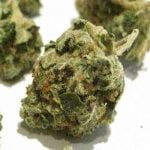 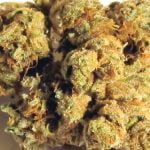 This indica-dominant hybrid was created by crossing OG Kush with LA Confidential, and it is named for none other than the grandest king in all of history. It originated in the golden era of France and is used to make wigs for the wealthy in Southern California. It has a sweet lemon hash aroma, not quite as dank as its kush cousins.

Even though this strain is mostly known for its “heady” smell, it can alleviate some medical marijuana patients’ symptoms. Patients have used King Louis to treat chronic pain, anxiety, and nausea. It leaves sensations of euphoria in its wake, perfect for treating depression. It can even spark relaxation and fuel conversation amongst patients and friends.

Some adverse effects of this strain include dry mouth and eyes, paranoia, dizziness, and an increased heart rate. Patients should not drive or operate heavy machinery after using King Louis. The THC level averages at about 15-22% while the CBD level ranges from 0.1% to 0.7%.

. Growing King Louis is not hard to do, but it will require some effort. It is most often grown as an indoor or outdoor plant and flowers in about 8-9 weeks. It grows bigger than its relatives and should be given adequate space to grow.

It has a flowering time between 55 and 63 days, with an average height of 2 to 4 feet. The nugs are large and dense, with the aroma of fresh-cut pine needles and earthy musk that makes the pungent flavor of this strain unforgettable.