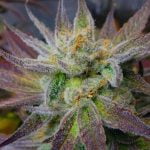 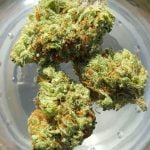 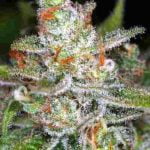 This strain smells of diesel and citrus. Its effects are cerebral, providing introspection and creativity, and most users may also feel energetic and uplifted. Jack Skellington is a good choice for daytime use, as it may help with fatigue, stress, anxiety, and depression.

The adverse effects are minimal but may include dizziness, paranoia, and anxiety. Jack Skellington has a THC content ranging between 26-23%. Growing can occur indoors or outdoors, with a flowering time of 8 weeks. Yields are average to above average.

It’s best to plant this strain in soil with a 6.5-7.0 pH level. The Jack Skellington strain grows best in a sunny climate and does not tolerate frost well. When growing outdoors, it is recommended to plant in early spring.

This strain can be flowered at any time of year when grown indoors. It can also be sensitive to overwatering, so be sure to water only when the soil is dry. Jack Skellington can be susceptible to powdery mildew.