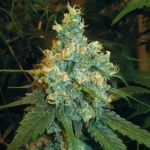 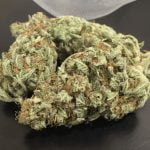 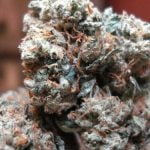 Jack Herer is a combination of three different cultivars: Haze, Northern Lights #5, and Shiva Skunk. It is a sativa-dominant hybrid. Jack Herer has won four awards for its potency and strength as well as two awards for its taste. Jack Herer was named after the famous cannabis activist of the same name who wrote The Emperor Wears No Clothes.

It originates in Northern California, where a group of activists bred it. When it comes to the medical context of cannabis, patients can find therapeutic relief for a wide variety of symptoms through the careful use of Jack Herer. It can treat pain, muscle spasms, and other types of muscle tension that occur with a host of different diseases and disorders.

Although it does not contain high CBD levels, it is still effective in managing and reducing anxiety, depression, and panic attacks. However, the most commonly reported negative effects include dry mouth, dry eyes, and dizziness. Dry mouth and eyes can be combated by consuming plenty of water during and after your session.

Its THC content measures between 15-18%. Its smell starts as a subtle and sweet fruity smell with subtle hints of skunk. The aroma is balanced and pleasing, but it becomes increasingly more earthy as you smoke the strain. The flavor has been described as fragrant, citrus, and sweet.

Growing Jack Herer is a simple task. It has an extremely short flowering period of just 7-8 weeks. When grown indoors, it will have dense flowers with heavy resin covering that you can see from a distance. This strain can be grown best indoors or outdoors due to its resistance to both mold and pests.