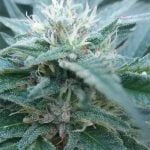 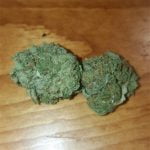 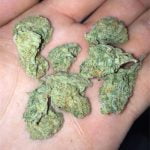 The Hemlock is a hybrid strain of marijuana that is found mostly in Colorado. It is made by crossing the LA Confidential with Durban Poison strains. This particular type of marijuana smells sweet, like grapefruit, with a hint of ammonia. It was bred by TGA Subcool Seeds. Although it originated in the United States, it is now grown in Canada, the Netherlands, and Spain.

The positive effects are that it gives the user a feeling of relaxation and well-being. It has also been known to help relieve migraines, anxiety, and PTSD. Medical marijuana patients find relief from the Hemlock marijuana strain for a variety of ailments including pain, muscle spasms, anxiety, and depression. The Hemlock marijuana strain is a good choice for those who are new to cannabis as it is not too overwhelming.

The negative effects are that it can cause dry mouth and eyes. It can also make you feel dizzy or paranoid if you take too much. As with any type of marijuana, start with a small amount and increase gradually as needed.

The THC content in the Hemlock strain ranges from 21-28%. Growing can take place indoors or outdoors, although it prefers a sunny, dry climate. It is a short and stocky plant that is easy to grow and produces good yields.

Flowering can take place anywhere from 7-9 weeks. This particular strain is known for its high resin production. When growing the Hemlock strain, keep an eye out for pests and diseases such as powdery mildew and bud rot.

Where to Buy Regular Hemlock Seeds?

No supplier found for Hemlock seeds.

Where to Buy Feminized Hemlock Seeds?

Where to Buy Autoflowering Hemlock Seeds?