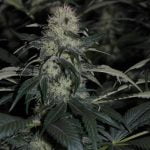 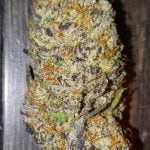 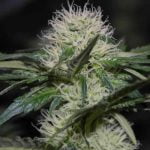 The Hashberry strain is an Indica dominant hybrid created by Paradise Seeds. Its parent strain, North Indian Kush, is a pure Indica that originates from the mountainous regions of the Himalayas. This strain originated in the Netherlands and has since been gaining popularity in the United States.

The Hashberry strain gets its name from its two parent strains, as well as its hashish-like flavor. The effects are said to be swift and relaxing, while other users feel sleepiness and hunger. This strain is good for treating pain, anxiety, and insomnia.

The adverse effects are dry mouth and eyes, as well as paranoia and anxiety. The THC content of this strain ranges from 11-18%.

Growing can take place indoors and outdoors, with a flowering time of 8-9 weeks. The plant produces dense, round buds that are covered in orange hairs. Hashberry Strain Marijuana is recommended to plant in soil.

Where to Buy Regular Hashberry Seeds?

Where to Buy Feminized Hashberry Seeds?

Where to Buy Autoflowering Hashberry Seeds?