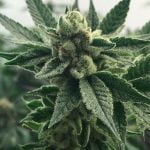 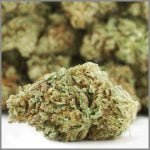 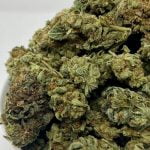 Regardless of whether you’re a veteran or just beginning in the world of marijuana, Crazy Glue is not a newcomer to the game. A hybrid strain of CG4, Crazy Glue is a potent strain with low anxiety, making it great for most tolerance levels. It was made famous in the UK but now is grown in Canada, the US, Holland, and Australia.

Medical marijuana consumers have reported success with using Crazy Glue for anxiety, nausea, and migraines. It has an earthy flavor and a sweet aroma. Many marijuana consumers say they enjoy the high it produces for both body and mind. The buzz is also described as cerebral in nature, which means you’ll feel it throughout your head without feeling a body sensation.

The effects of Crazy Glue are feelings of euphoria, relaxation, and a head high. Users will feel a rebound effect as more of the strain is consumed. It’s often recommended to be used in moderation because of its potency. This will help you avoid becoming dizzy or anxious after smoking it. Some adverse effects of the high caused are muscle spasms and dry mouth.

The THC content of the strain varies slightly based on the location where it is grown. The average THC level is between 17-21 percent. Growing this strain indoors takes between 9 and 10 weeks. It’s resistant to most pests except spider mites to withstand colder climates better than most cannabis strains.