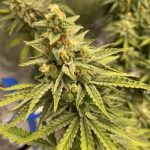 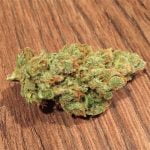 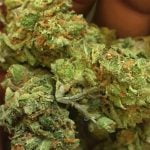 Clementine is an energizing Sativa-dominant hybrid that has a sweet taste and citrus aroma. Clementine has won awards, including the best Sativa concentrate in 2015. This strain is loved for its energizing effects and perfect for wake n bake or activating your third eye to increase your focus during the day. For those looking for uplifting experiences, or those who have low patience, this strain will give you what you need to keep going strong all day long!

The parent of Clementine, Lemon Skunk, is a Sativa-dominant hybrid with an earthy lemon aroma. Its effect may be described as upbeat and uplifting while also being very potent. Lemon Skunk was first developed in the Pacific Northwest and has since become popular among Canadian cultivators. The effects of this strain may vary greatly depending on the phenotype.

Medical marijuana is used to relieve a variety of afflictions—from chronic pain to irritable bowel syndrome. Marijuana is also known to alleviate symptoms of depression, anxiety, and PTSD. In states where medical marijuana is legal, its use is becoming more and more common.

There are multiple ways in which medical marijuana can be consumed—including vaporizing or smoking dried flowers, drinking teas prepared with the plant, or taking capsules that contain extracts from the leaves and flowers. The negative side effects include increased heart rate, dry mouth, drowsiness, and dry eyes.

Its THC content range between 16 and 22%, and its CBD content between 3 and 12%. Growing takes anywhere from eight to sixteen weeks and will yield between 5-15 ounces. It’s ideal for planting in a hydroponic setup or growing plants in full sun.

Nurturing it is not as hard as it sounds—mainly because this strain is easy to grow. It’s also recommended that you only use feminized seeds for the best results.

Clementine’s high starts in 40-50 minutes and lasts between two and three hours. It’s a good strain for beginners who don’t have much experience with marijuana but may be too strong for seasoned users.

Where to Buy Regular Clementine Seeds?

No supplier found for Clementine seeds.

Where to Buy Feminized Clementine Seeds?

Where to Buy Autoflowering Clementine Seeds?