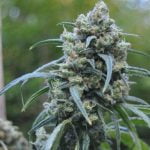 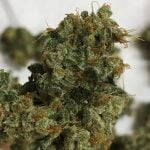 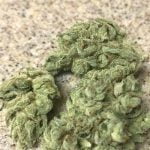 Medical marijuana patients have discovered that C99 is a potent anti-anxiety and anti-depressant. In addition, many patients use C99 (among other strains) to treat insomnia. Recently, the strain was listed as a top cannabis strain for diabetics, which may be due to high levels of cannabidiol (CBDs).

The effects of Cinderella 99 are often described as trippy and euphoric. The strain is known to make users giddy and happy, with a creative boost. Some also report feelings of anxiety, paranoia, racing thoughts, and munchies as its side effects. As with many potent strains, C99 can cause dry mouth and eyes.

Cinderella 99 has a rich, sweet aroma reminiscent of fresh fruit and honey mixed with piney, herbal undertones. The THC level is high, with typical THC levels reaching up to 16-25%. The resin produced by the plant is a soft, light amber, and the plant grows to be short but stout.

Cinderella 99 flowers in about eight weeks and can yield up to 600 grams (1.3 pounds) per square meter of the garden. This strain can be grown indoors or outdoors, without problems in either environment.

Where to Buy Regular Cinderella 99 Seeds?

No supplier found for Cinderella 99 seeds.

Where to Buy Feminized Cinderella 99 Seeds?

Where to Buy Autoflowering Cinderella 99 Seeds?