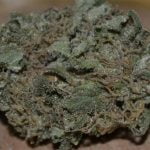 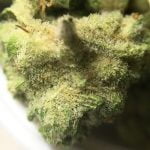 There are many different names for marijuana strains, and the Bubble Gum strain is one of the most common. It’s an indica-dominant hybrid created through crossing Indiana Bubble Gum with some other unknown strain. Its THC levels make it a great option for both new and experienced cannabis consumers. The strain is often described as having the ability to erase the pain and help users be creative while still leaving them alert enough to carry out their daily tasks.

It originates from the U.S. and is a mostly indica strain that gets its name from its fruity taste and smell, which many say reminds them of gummy bears. Its effects can be felt almost immediately after smoking, and it often produces a high that is relaxing and can make users sleepy, but not so much that they lose motor function or are unable to speak.

Medical marijuana consumers often turn to this strain when they require pain relief or muscle relaxation and stress reduction. Many users have reported that it helps treat insomnia while still leaving users alert enough to carry out their daily tasks.

Another positive thing about this strain is that it is not highly intoxicating, making it a great choice for those with heart conditions or other health issues that require them to be careful with their intake of marijuana. Its adverse effects are typically the same as any marijuana strain, including dry mouth and effects that commonly include dizziness.

The Bubble Gum strain is potent, so consumers should start with a small amount to see how their body reacts. The THC content is between 17 and 24 percent, so it is ideal for people who are new to smoking weed and are looking for something that won’t make them too high.

Growing this strain is easy, as it grows tall and can be easily controlled with a trellis. It’s best to prune the plant or leave some of the colas, so it doesn’t grow too much and become unmanageable. Pruning is also best done in the vegetative state, which is called topping in marijuana slang.

The strain grows fairly rapidly, and many growers recommend that it be grown indoors for the greatest control over its growth and development. Flowering takes between 8 and 9 weeks, making this an ideal choice for those pressed for time but who want to reap the benefits of growing marijuana at home. The strain is known for its large yields, up to 600 grams per square meter.