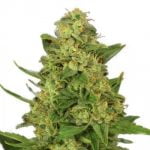 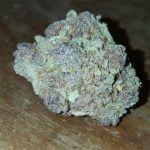 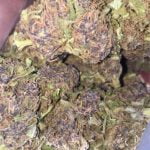 Blue Knight is a rare Indica-dominant strain with lineage from Blueberry and Kryptonite genetics. This strain originated in California before spreading to the East Coast and Midwest and was one of the few varieties that remained unscathed in the United States. Hues of royal purple twist with deep blues and vivid greens in a visual display as multifaceted as its berry, vanilla aroma.

The effects of the Blue Knight strain are pain-relieving, relaxing, and flavorful. This strain is known to produce an extremely uplifting and euphoric high, especially when taken in higher doses. The euphoria is accompanied by a body stone that leaves users feeling relaxed and happy.

The common side effects of Blue Knight include headaches, dry eyes, and fatigue. The strain has an average THC level of around 13-19%, which is considered high for an Indica strain. The Blue Knight strain is very potent and can cause serious medical problems for users who are not used to it.

Growing this strain can be difficult for inexperienced growers. However, experienced growers can expect a moderate yield of around 65 grams per square meter with 12 hours of light and a flowering time of between 55-63 days. It can thrive indoors and outdoors, as long as the conditions are right for the strain.