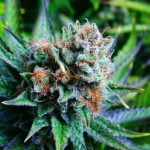 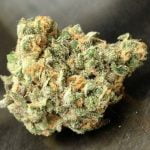 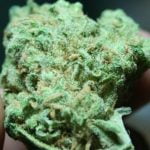 Blue Dream is a legendary sativa-dominant strain that tastes like sweet, pungent berries. It’s been a favorite among medical and recreational smokers since its debut in 1996. Blue Dream Strain originates from the famous Blueberry X Haze hybrid strain.

While the strain is often thought of as sativa-dominant, it has come to be categorized as both an indica and sativa dominant hybrid. The bud has been known to produce a high that’s both energetic and euphoric with a slightly cerebral feel to it. The bud gives off a fast onset high that lasts for about 2 to 3 hours, followed by a relaxing body effect.

Blue Dream Strain is more for social settings and daytime use. It’s commonly used as a wake-and-bake or an “anytime” strain due to its powerful anti-anxiety effects. Novice and veteran smokers love Blue Dream for its calming relief from chronic pain, depression, and anxiety symptoms.

The strain is a favorite among medical users due to its powerful medicinal properties and balanced effect. Blue Dream Strain comes in several different forms. Its negative effects include headaches, dizziness, and tiredness. The THC level of Blue Dream Strain marijuana averages between 15 to 20% and often tops out at 25% to 30%.