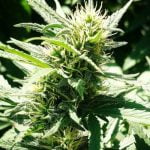 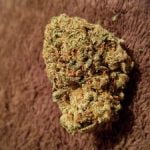 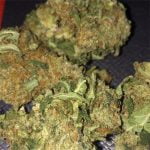 Many of the best marijuana strains are hybrids. Some of these hybrids are thought to have genetics from several different strains, all mixed in a way that creates an outstandingly unique product. The Apple Jack strain is made by crossing two exceedingly popular strains, the Jack Herer and the White Widow.

Apple Jack originated in the 1970s in Holland and was one of the first truly successful hybrids in the industry. It has since become one of the most popular weed strains, with many growers relying on it for their seed stock.

Medical marijuana users enjoy Apple Jack because it is often used to relieve pain and sickness, and it can also help with inflammation. It is also used in the treatment of glaucoma because it can reduce pressure within the eye and help with pressure-related headaches.

The effects of the strain are relaxing but also provide a feeling of uplift and happiness. It provides a sense of calm and peace and has an effect that makes you feel energized rather than drowsy like most strains.

The known after-effects of this strain are that it may cause dry eyes or make them more sensitive. It may also cause temporary red eyes, which maybe because it is made up of hybrids and thus has a particular chemical makeup that can create a swift effect.

The THC level of Apple Jack is an average of 18% and may go as high as 25%. The plants grow tall and produce quite a bit of beautiful buds, with a scent that is both earthy and skunky with fruit notes. Apple Jack has an intense aroma and flavor that is often compared to apple cider or even fresh apple pie.

Apple Jack is relatively easy to grow and therefore grows well indoors or outdoors during most growing seasons. While it can grow tall and dense, it usually plants itself in a more horizontal spread because of the fast growth rate.