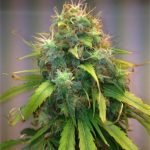 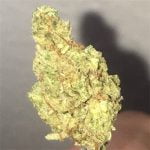 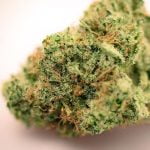 This powerful hybrid marijuana strain’s genetics come from the cross of Orange Velvet X Jack the Ripper. Agent Orange strain marijuana was bred by MzJill Genetics in California. It has pigments of both deep maroon and purple, which gives this marijuana its purple coloring when seen under the right lighting.

Agent Orange can help with various things, such as stress, depression, lack of appetite, and even ADD/ADHD. Medical marijuana users can use this strain to alleviate symptoms of insomnia, anxiety, migraines, spasms, and more. The adverse effects of Agent Orange marijuana strain include dizziness and dry mouth.

This strain can also be used to help with the all-day enjoyment of a full night’s sleep without oversleeping. It is most effective when blended with other strains like Jack the Ripper or Isla Del Sol [#5]. Its THC level is between 13 and 15 percent.

Agent Orange is a Sativa-dominant hybrid that needs to be covered indoors, preferably in an area with low humidity and cool temperatures. It is a straightforward strain to grow, making this strain great for beginners and outdoor growers alike. Grown outdoors, the flowering time is approximately 55 days from seed. For indoor growing, this strain needs to be grown vegetatively so it can be grown as a hydro or clone-only plant.

It takes about eight weeks to grow this strain from seed to harvest, while a clone can take about twelve weeks. Its yield is approximately 450 grams per square meter indoors and is ready for harvest around mid-October in the northern hemisphere.