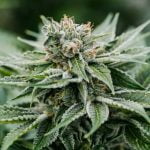 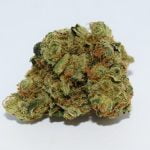 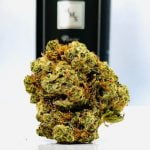 Afghani is a strain of Indica marijuana with a deep sense of relaxation and euphoria. The flavors Afghani produces range from sweet and earthy to spicy and nutty. Its parent strain is Kush strains, and it’s believed to be the first strain of cannabis to originate in Afghanistan. Breeders praise this strain for its heavy resin production, passed on genetically from the parent Kush variety.

The effects of this strain are a heavy, relaxing effect. It is reported to cause pain relief in some conditions, including arthritis and fibromyalgia. Medical marijuana patients turn to this strain for various treatment methods, most commonly insomnia, pain relief, and stress disorders. This strain is named after the historic geographic location in which the earliest known varieties of cannabis are thought to have grown.

The adverse effect of this strain includes dry mouth, paranoia, and dizziness. Its THC content is between 16 and 24%. Afghani is a very damp, dense bud with a strong skunk odor. It’s light green in color with tinges of gold and brown, fat calyxes coated in glittering trichomes, and many red hairs but no orange. The entire bud is coated in a thick layer of crystals which make it sparkle like bright sugar.

Growing this strain takes average time and effort. A warm, humid climate with a flowering time between 7 and 9 weeks is preferred. It has a low resistance to mold and usually grows best in soil rather than hydroculture. Its ideal to plant in an area with a constant level of humidity and air circulation.

This strain does well outdoors but indoors will give better results. It has been observed to have a high resistance to pests and diseases. It tends to grow into something of a fat bush during the flowering stage rather than the taller, spindly growth pattern preferred in most strains.

Where to Buy Regular Afghani Seeds?

Where to Buy Feminized Afghani Seeds?

Where to Buy Autoflowering Afghani Seeds?