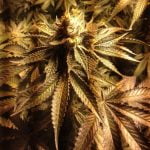 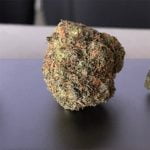 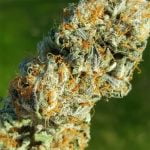 Known to many cannabis users as “Three Times Crazy,” “Optimus Prime,” “Insane OG,” and “3 Times Crazy,” this Indica-dominant hybrid marijuana strain is a cross of Granddaddy Purple, Bubba Kush, and OG Kush. It originated on the West Coast of the United States and is now popular among cannabis users all over the world.

3X Crazy effects are believed to be relaxing, with a clear-headed cerebral high. Some users felt sleepy, while others found the strain helped with tension and muscle spasms. Medical marijuana patients often use 3X Crazy to relieve symptoms associated with chronic pain, insomnia, and anxiety.

This strain gets its name from its high THC levels, which can be as high as 22%. Growing can take between 8 and 9 weeks, with 3X Crazy yielding between 14 and 21 ounces per plant. It’s best to plant 3X Crazy indoors, in soil, with a hydroponic setup.